The Custody of the Holy Land was officially recognized by the Pope in the 13th century, even though the Franciscan presence in the area dates back to the previous century. In Jerusalem the Franciscans lived initially in a monastery located in Mount Zion, however, few years after the Ottoman conquest, in 1517, they were forced to move to the monastery of St. Savior, which is the headquarter of the Custody of the Holy Land also nowadays. Since their arrival in Palestine, the friars’ main task was the maintenance of the Holy Sites and in particular of the Holy Sepulcher. Other duties of the friars were to lodge and take care of pilgrims coming from the Christian world and to furnish spiritual assistance to Catholics. For a long time these were mostly foreigners - merchants, diplomats and slaves - since before the 17th century there were almost no local Catholics in the Syro-Palestinian region. 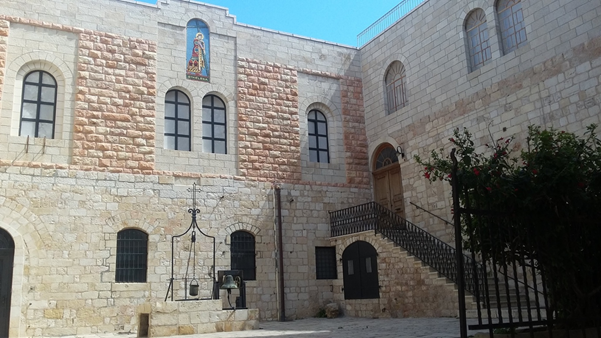 The beginning of the friars’ missionary activity during the last decades of the 16th century is strictly entangled with Rome’s growing interest toward the East. The spread of the Reformation in Europe, and the resulting loss of territories in the north, forced the Catholic Church to find allies in the East, with an increasing effort to reunify the Eastern Churches with Rome. As a consequence during the last decades of the 16th century missionaries from different religious orders arrived in the Middle East. Their efforts led to the birth of the Catholic Eastern Churches, which are in full communion with Rome but retain their own liturgy and organization. 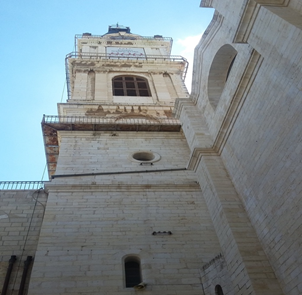 Even though the first conversion recorded by the friars in Palestine dates back to 1555, only in the 1620s the evangelization among Eastern Christians became one of the most important activities of the Franciscans. In the same decades the friars’ efforts in this direction were further encouraged by the foundation of De Propaganda Fide (1622), a Roman congregation in charge of the missionary activity worldwide. Despite Propaganda’s complaints, the Franciscans also fostered converts’ passage to the Latin rite. The resulting integration of converts into the Franciscan parishes led to the growth of already existing one (such as those of Jerusalem and Acre) and to the establishment of new ones, such as Nazareth (1620) and Ayn Karim (1674). 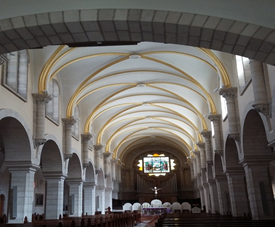 Bethlehem is located eight kilometers south of Jerusalem. In the period under consideration, it was the most populous villages of the district, numbering 287 households at the end of the fifteenth century. It was inhabited almost exclusively by Christians. The Franciscans settled in Bethlehem in 1347, in a monastery that had once belonged to the Augustinians.