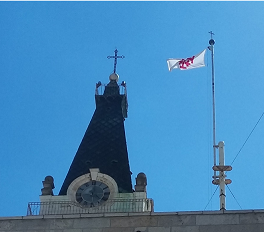 In 1618 the Franciscan friars of the Custody of the Holy Land for the first time recorded the baptism of a baby born in Bethlehem. The spread of Catholicism in the village – up to then inhabited exclusively by Orthodox Greeks and members of the Eastern Churches – had started few years earlier thanks to the efforts of the Franciscans who had a convent there. After a difficult beginning, the number of converts grew steadily and by 1702 in Bethlehem there were 325 Catholics. This process will continue in the following centuries and as a consequence in the 19th century half of the Christian population of the village, and of the entire Palestine, was Catholic. This digital archive documents the development of the Catholic community of Bethlehem over thirty years, gathering data on the sacraments administered in the town between 1669 and 1700.

More about the project